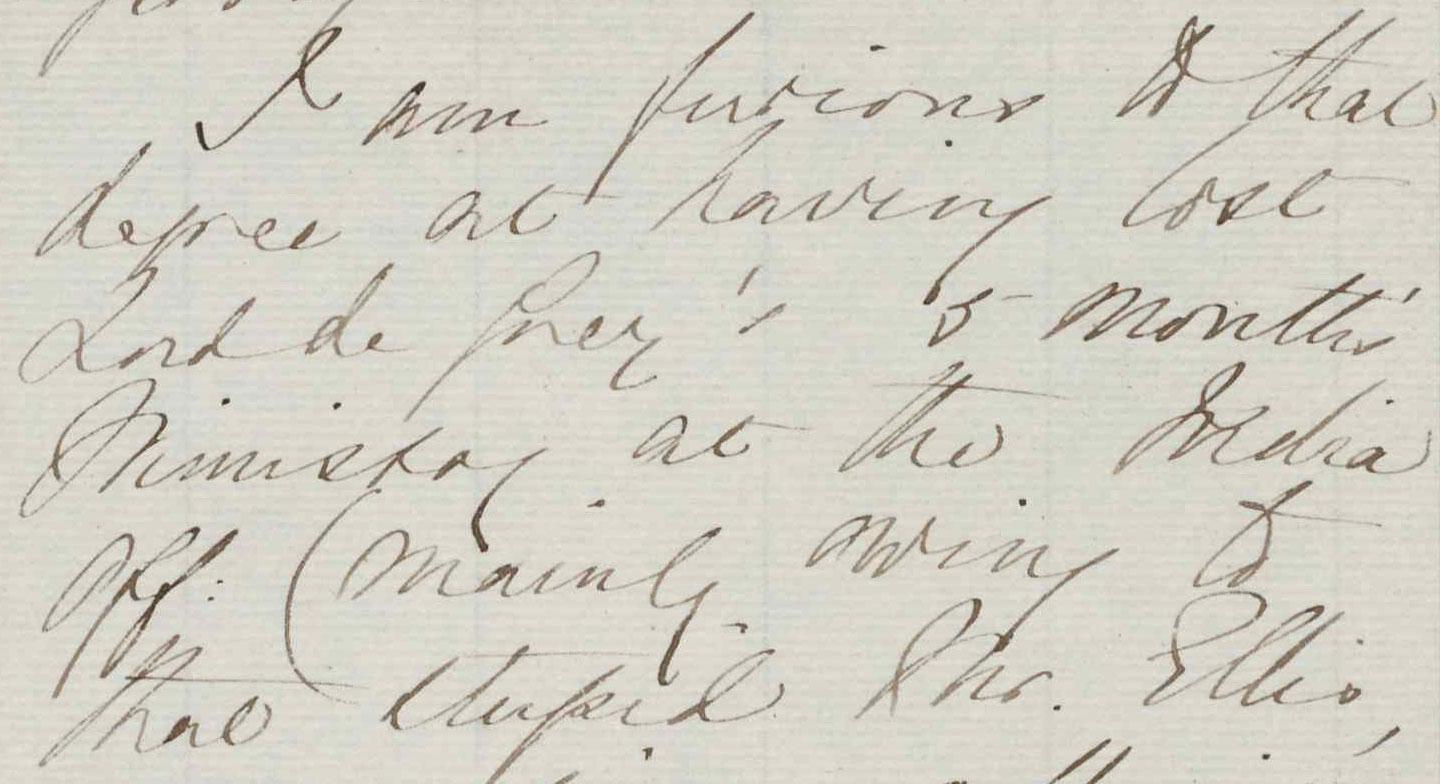 Handwritten Text Recognition technology means that the writings of Florence Nightingale and her correspondents digitised in this resource – both personal and professional – are easier to discover and navigate than ever before.

A personal highlight in the collection is the letter to Douglas Strutt Galton from 23 June 1866, that evinces not only a fascinating time in Nightingale’s life and work, but her engaging and indomitable attitude.

In the summer of 1866 Nightingale was at a high point in her renown; famous for her work in Scutari and publications including Notes on Nursing (1859). She had attended audiences with Queen Victoria and successfully lobbied for the creation of the Royal Commission. After moving to London, she focused her efforts on using this renown to instigate change, including improving sanitary conditions for soldiers and civilians in India under the British Raj.

Nightingale’s drive for change, however, often lead to frustration. After having lobbied for Lord de Grey to become the Secretary of State for India, hoping this connection would enable her to influence reform, he was in office for only five months before Lord Russell's Liberal government fell and he was replaced.

In this letter, after enquiring about future ministerial prospects, Nightingale expresses this frustration at the loss in her letter to Galton, and concludes in characteristic fashion: “I am fit to blow you all to pieces with an infernal machine of my own invention, which does me credit. Ever yours, F. Nightingale”.

You can search The Florence Nightingale Papers from the British Library using the interactive browsing tool, and search the text within each letter using the bar on the documents details page.

'The following paper is circulated for the information of the profession...' 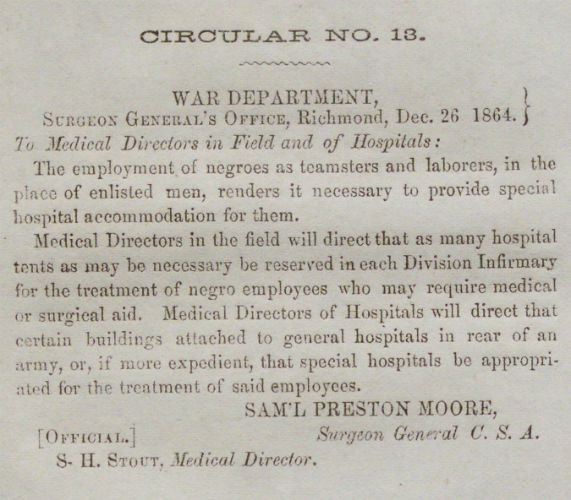 Medical Services and Warfare includes a wealth of documents relating to the American Civil War. A personal highlight is the collection of circulars sent to Medical Officers serving in hospitals under the supervision of Samuel T. Stout, mostly dating from 1864-65, which offers valuable insights into the operation of Confederate hospitals in Georgia towards the end of the conflict. Throughout the volume the reader can trace changes in the care provided to Confederate troops, necessitated by the course of the war - particularly the inflation and shortages suffered by the Confederacy as the war progressed.
Stout’s circular no. 50 of 27 February 1865, for instance, laments the lack of medicines, and the need for both ‘rigid supervision’ and the ‘strictest economy’ in their usage. His no. 40 (18 September 1864) and no. 51 (18 March 1865), meanwhile, address the need for any able-bodied men to serve in one respect or another, whilst no. 19 of 18 June 1864 describes revised regulations for granting leave and furlough. Surgeon-General Moore’s orders of 3 December 1864 authorise the use of one-armed men (carrying pistols) to guard hospitals and depots, and his circular no. 13 of 26 December 1864 proscribes the regulations to be followed in providing hospital accommodation for African-Americans drafted in to support Confederate logistics ‘in the place of enlisted men’ (above.)
Other circulars consider the treatment of disease; for example, circular no. 1 (26 September 1864) outlines a new method of threating gangrene with lead sulphite, as devised by Edward Lea, Surgeon in charge of Lumpkin Hospital in Cuthbert, Georgia. General orders no. 93 of 1862, meanwhile, outlines a selection of acts passed by the Confederate Congress that fall, covering subjects as varied as the raising of signal units, military justice, and the supply of clothing. This precis of legislative action, concerned with the efficient conduct of war rather than making do with ever dwindling resources, contrasts starkly with later documents in the volume.

Women of the War

Barbara McLaren’s Women of the War (1918) shines a light on the heroics of doctors, nurses, policewomen, drivers, concert organisers and canteen workers who offered their services during a time of need. Celebrating women’s contributions throughout the First World War, the text was prefaced by former Prime Minister, Herbert Asquith, who wrote: ‘They have done and are doing things which, before the war, most of us would have said were both foreign to their nature and beyond their physical capacity.’

One woman chronicled early in the collection is Lady Paget. Having nursed throughout the Balkan conflicts of 1912 and 1913, Paget established a hospital unit in Serbia at the outbreak of war in 1914 and travelled to Uskub, where embattled troops faced a typhus epidemic. Evacuated after catching the disease herself, Paget later returned in the midst of an enemy invasion; during the occupation, 70,000 refugees were fed and clothed from her stores.

Another chapter focuses on noted ambulance drivers, Elsie Knocker and Mairi Chisolm. A decree forbade the presence of women on the front lines in March 1915, but ‘an exception was made for these two, mentioned by name’. Chisolm, at the time, was just eighteen years old.

Dr Elsie Inglis, meanwhile, is honoured for her role in originating the Scottish Women’s Hospital Units – ‘one of the noblest efforts achieved by women in the war.’ In the opening months of the conflict, the War Office refused the help of women’s hospitals, so Inglis – who had qualified as a surgeon in 1892 – offered her assistance elsewhere, establishing bases in France, Corsica, Macedonia, Romania and Russia.

After leading an ambulance unit, facing threats of execution and working under shellfire, Mrs. St. Clair Stobart was asked to mobilise a flying field hospital by Serbian authorities; she thus became the first woman to earn a rank – Major – in the Serbian army. After leading a column, intact, during the army’s infamously treacherous retreat, the chief officer of the Serbian medical staff would write; ‘You have made everybody believe that a woman can overcome and endure all the war difficulties’.