Briscoe Center for American History, The University of Texas at Austin

The Briscoe Center for American History is an organised research unit and public service component of The University of Texas at Austin. The Briscoe Center increases knowledge and fosters exploration of the past by collecting, preserving, and making available documentary and material culture evidence encompassing key themes in Texas and US history.

The documents selected for Medical Services and Warfare include Civil War hospital registers and military correspondence, order books and accounts, recording the status of each army, including the dwindling supplies of the Confederate army.

Discover documents from the Briscoe Center for American History, The University of Texas at Austin here.

More than 5,000 letters and reports from the Florence Nightingale Papers make up the British Library’s contribution to this resource. Selected from the full Papers on the basis of their relevance to the project’s themes and period, the manuscript items are fully text searchable for the first time thanks to Handwritten Text Recognition (HTR) technology and include key documents:

Diagram of the causes of mortality in the Army in the East
Report by FN on her team of Nurses in the Crimea, 1854-1856

The British Library serves business and industry, researchers, academics and students in the UK and world-wide. The library receives a copy of every publication produced in the UK and Ireland and the collection includes well over 150 million items, in most known languages, with three million new items added every year. The British Library houses manuscripts, maps, newspapers, magazines, prints and drawings, music scores, patents, sound recordings, stamps and other philatelic items and over 16,000 people use the collections each day (on site and online).

Medical Services and Warfare draws from a number of collections at Stanford, including the American National Red Cross Records and photograph collections, highlighting American service in the First World War and the work of national and international Red Cross societies.

Founded by Herbert Hoover in 1919, the Hoover Institution Library & Archives are dedicated to documenting war, revolution, and peace in the twentieth and twenty-first centuries. With nearly one million volumes and more than six thousand archival collections from 171 countries, Hoover supports a vibrant community of scholars and a broad public interested in the meaning and role of history.

Focusing on the influenza epidemic of 1918 and subsequent outbreaks, the documents from the Library and Archives Canada are sourced from the Papers from the Canadian Department of Health and Papers from the Canadian Department of National Health and Welfare (primarily classmark RG29). From the cleaning and quarantine of freight ships to government reports and correspondence tackling the crisis, discover documents from the collection here.

Library and Archives Canada (LAC) combines the holdings, services and staff of both the former National Library of Canada and the National Archives of Canada. LAC’s mandate is to preserve the documentary heritage of Canada for the benefit of present and future generations; to be a source of enduring knowledge accessible to all, contributing to the cultural, social and economic advancement of Canada as a free and democratic society; to facilitate in Canada co-operation among communities involved in the acquisition, preservation and diffusion of knowledge and to serve as the continuing memory of the Government of Canada and its institutions. 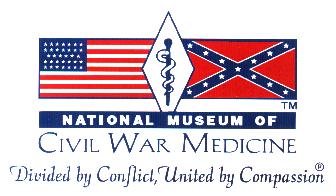 Items digitised from the National Archives include official as well as personal war diaries, correspondence and committee minutes from the First World War, and are sourced from many classmarks, including the following collections:

The National Archives are one of the world’s most valuable resources for academic research. As the official archive and publisher for the UK government they are the guardian of millions of the UK's national documents, the earliest dating back over 1,000 years. Their role is to collect and secure the future of the government record, both digital and physical, to preserve it for generations to come, and to make it as accessible and available as possible. For the academic community and others engaged in scholarly research The National Archives offer opportunities for collaboration and partnership across a broad range of disciplines. They bring together the skills and specialisms needed to conserve some of the oldest historical documents with leading digital archive practices to manage and preserve government information past, present and future.

Covering topics from the Civil War and the First World War, documents from the U.S. National Library of Medicine include military correspondence, orders and administration, family correspondence, photographs and key writings by Meritte W. Ireland as well as the disputed Letterman diaries, Trip from Fort Leavenworth to Santa Fe, N.M. and Trip from Santa Fe, N.M. to Fort Leavenworth.

The Zwerdling Postcard Selection also provides stunning visuals from a number of conflicts and countries.

The National Library of Medicine (NLM), on the campus of the National Institutes of Health in Bethesda, Maryland, has been a center of information innovation since its founding in 1836. The world’s largest biomedical library, NLM maintains and makes available a vast print collection and produces electronic information resources on a wide range of topics that are searched billions of times each year by millions of people around the globe. It also supports and conducts research, development, and training in biomedical informatics and health information technology. In addition, the Library coordinates a 6,000-member National Network of Libraries of Medicine that promotes and provides access to health information in communities across the United States.

Discover documents from the U.S. National Library of Medicine.

Some of the highlights of the items digitised from The New York Academy of Medicine include manuals, government reports, printed books and periodicals relating to the treatment and rehabilitation of disabled veterans of the First World War, collected by Douglas McMurtrie and The Red Cross Institute for Crippled and Disabled Men, during the period c.1915-1927.

Key themes include Disability, Rehabilitation and Mental Health, and titles include the American Journal of Care for Cripples and Carry On.

Initially established as a medical collection for the use of physicians, the Library opened to the public in 1878. As a working professional library, the collection’s primary focus was first in contemporary medicine, but soon extended to rare and historical materials. The Library's current focus has shifted to building on its historical holdings, including current works in the history of medicine.

Discover documents from the New York Academy of Medicine.

The Brotherton Library at the University of Leeds contains the main collections for the arts, social sciences and law as well as their Special Collections, which include the significant Liddle and Bamji Collections from which their contribution to Medical Service and Warfare was drawn.

The Liddle Collection is an archive of material gathered from British veterans and their descendants, and the items selected for digitisation include a wealth of personal ephemera, diaries, memoirs and artefacts from the First World War (see the First World War Object Gallery).

The Bamji Collection is largely printed books concerned with military applications of medicine and nursing in the First World War, of which this resource includes over 130 volumes.

Discover documents from the Special Collections, University of Leeds here.